I found out in the early days that being pro-active in my missing son's case was the thing that kept me sane.  I was drowning in a sea of emotion.  Nobody can describe the distress of having a much loved son just vanish without a trace.  It was clear that not enough support, advice or action was forthcoming from our local police.  We had to become our own advocates for our missing child.  Support came from the friends of Damien their parents and the community.  There is no doubt that assumptions were made about our missing boy which adversely affected any possible positive outcome in the case.  We didn’t have a clue why he vanished or what to do.   It didn’t make sense and it was out of character.

Although things have slowed down at the moment and there is not much left on the table that I can push for Damien’s case, I can still make a difference. 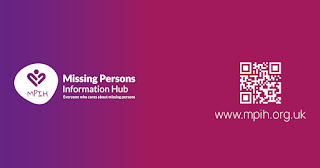 Over the many years Damien has been missing, I have come across random articles about the missing issue which could have been useful had I known.   I was pleased to be asked by Charlie Hedges to be the family advocate as part of a working group with police professionals and universities and Missing People Charity. Creation of this website will make it easier for new people coming into this issue to find the advice they need, in one place.

I am a member of the Missing People Charity Advisory Board which is basically a think tank helping the Charity to plan content of events or giving opinions on subjects related to the issue from a family perspective.

I and another mother of a missing person, participated in police training sessions, sponsored by Missing People Charity.  By sharing our lived experience of this issue and what went wrong or what went right, we hope to bring some insight to how families are affected, some for decades, when assumptions are made, and risk assessment is incorrect. Very often there is disconnect of communication which can impede successful relationships and a positive experience.

We were both also on the panel to create a bespoke candle for Missing People. Making contact with other families in this situation has been very helpful and mutually a supportive experience.

I have been fortunate to participate in several research projects by individuals and universities, in the hope my experience will help to shed light on the subject and there will be better understanding of this issue. The interest generated in the missing issue will be beneficial as people go missing every day Hopefully the insights I can provide will impact on police and research for the good of future cases

I joined a writing group, sponsored by Missing People, to help families use the written word to create poems or various other forms of writing and stretch our brain cells.  It is a lovely way to connect with other family members while having a chat at the same time.  Writing about my experience has always been something that was cathartic for me.  To release those thoughts and feelings into a written form, either by hand on the computer helped me cope.  It was also a journal which later came to be useful as I wrote a book about our family's experience.  The Boy who Disappeared.

Finally, if being pro-active in the issue that took our son helps another family, then Damien's short life has been given a purpose.

Posted by Valerie Nettles at 11:24 AM No comments:

A New Year in the continued search for Damien Nettles

2022 began our family lost yet another member of our family. Damiens uncle Nigel passed on New Years Day after a valiant battle with Leukemia. He desperately wanted to know what happened to his much loved nephew. 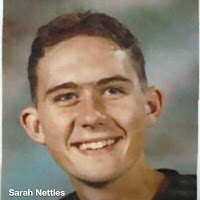 Nigel represented our family at numerous events hosted by Missing People Charity Nigel and his wife Janet opened their beautiful historical home to public tours along with cream teas to raise money for this Charity.  His daughter Sophie did a charitable walk around the Isle of Wight to raise more funds.

Missing People are the only charity in the UK  to serve the both the missing person and families/friends left behind to cope.  They also are instrumental in research and development with government bodies to improve current standard practices.

So as we enter, what I can only describe as a already fractured year, it’s time to assess where we are, are not, with Damiens case.

In 2011 the case was elevated to a suspected murder.  This was 14 years after he went missing.  Arrests were made and perfunctory searches done.  But after 14 years peoples memories cloud or potential witness had passed away who may have been able to shed light on the facts.  Prospective burial sites dismissed. Facts were in short order in this case from day one.

Although being high risk due to age and out of character disappearance, nothing was done on any acceptable level to find a missing 16 year old boy.  In fact I was belligerently told by an officer he was 19 and old enough to please himself if he wanted to go off.  No wonder little was achieved in the golden hours of this case. CCTV was dismissed out of hand and lost by police for any further scrutiny.

The case is currently touted by Hampshire Constabulary as a ‘missing person’ cold case.  It is very puzzling that despite the continued flow of information of alleged foul play it’s not been maintained at a elevated level of risk assessment that would encourage information.  Instead we have been told they didn’t want to encourage more information to come in for this case as they have ‘done everything’.

No, they have not. They gave themselves a narrative in 2014 as having done ‘due diligence’ after the short search and fruitless arrests.  Then they shelved the case with their cold case unit.

So this is where we are.  They refuse to re-visit the continued flow of information constantly provided. I pass everything to the cold case officer who has been helpful.  However, the buck stops up the chain of command as to whether or not anything we forward is going to be followed up.  We have been waiting over a year for promised work around DNA.  There is no budget.  Police funds are cut which are excuses I hear.  Despite the offer of a community interest group to take this on to assist police at no cost the police.  Nothing ever happens!

The only facts we have are what we knew on the day we reported him missing which was November 3, 1996, approximately 15 hours after he was last seen.

He was seen by several people (witnesses) during the late evening of November 2, 1996.  He went out with his friend, drank cider and later bought chips at 11:45pm seen on chip shop security camera where was surrounded by men later identified as being army personnel visiting the Island.

There is speculation Damien could have taken drugs but there are no ‘factual’ statements within the police report that proves he did. As a family we have to be open to all possibilities, but so far it is hearsay. If anyone later changed their narrative to suit themselves then why did police not revisit previous the statements given by those same individuals around Damien that night? One has to wonder if anything that was said can be trusted?

Damien’s case was handed from the Isle of Wight police in 2002 to Major Crimes Unit of Hampshire Constabulary.  At this time information was input on their HOLMES database.  We later discovered any prior information 1996-2002 was not input into the HOLMES system.

Royal Yacht Squadron had an event that evening,  an acquaintance Damiens said he would be working at the event. But police have never addressed this.  I have a redacted report spanning 2002-2017 with witness statements with no mention of the squadron event.  Despite loud voices arguing/shouting reported in the early hours of the morning from residents nearby. It was dismissed because police said it was hard to prove or follow up.  At the time we deferred to what police told us.  We had no inkling what could be accomplished.  But now we do know it’s painfully clear important possibilities were ignored. I have the major review done in 2006 which never mentions the squadron.  Why were army men in town? There must have been a guest list so an important question still looms about who else was in Cowes that night?  Despite bringing this up many times over the years it’s never been addressed.

Posted by Valerie Nettles at 7:28 AM 3 comments: